What do all of these things have in common? Cook County Jail in Chicago, Illinois.

On a recent episode of 60 Minutes, Leslie Stahl spoke with Cook County Sheriff Tom Dart about his unconventional methods of running one of the largest jails in the country. With a prison population of about 7,500, he sees his job “as not just keeping people in jail, but helping some of them get out”. Believing that jail has “become a dumping ground for the mentally ill and the poor,” he has implemented a mental health program that is being replicated by other US jails. He chose a psychologist, not someone with a background in law enforcement, to be warden. And they both spend time every month in the jail’s minimum and medium security divisions speaking directly with inmates. 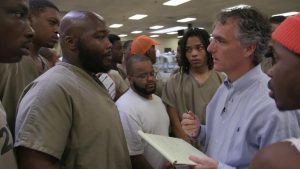 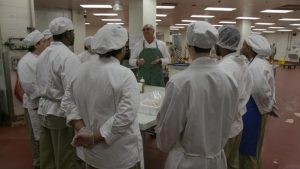 Inmates listen to advice in a cooking class.